How Randy Silver Will Change More Lives with Mamba Mentality

June 22, 2021 Tiffany Youngren Next Up Nation 59:5682.31M Comments Off on How Randy Silver Will Change More Lives with Mamba Mentality 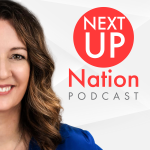 Was Charles Barkley wrong when he said that 99% of people’s lives suck? Randy Silver started Leap of Fate after being inspired to prove this mindset wrong. Leap of Fate https://www.youtube.com/channel/UCrmJ8rY4ivAKnN3zG0W-1_A

Randy Silver has been working hard to build his audience for Leap of Fate in the past year, and he’s seen success with remarketing. Tune in to the end of the recording when host Tiffany Youngren shares Randy’s best strategy moving forward!

Leap of Fate has released 49 episodes, podcast episodes from May 25, 2020, through the day he was interviewed on the Next Up Nation podcast, May 11, 2021. Randy says that its purpose is to instill self-belief in yourself to strive for greatness via the Mamba mentality. The goal of his channel is to galvanize and enable you to achieve your goals.

When the Host of Leap of Fate, Randy Silver, was given the choice to get an actionable next step towards gaining Preeminence or Profit, he currently prioritizes PREEMINENCE: Growing the Podcast Audience and Increasing Credibility.

About the Hot Seat Series

The Hot Seat Series showcases one ambitious podcaster who interviews guests, has released MORE than 10 episodes, and has a vision for his or her show.

Check out our article based on Tiffany Youngren’s interview with Randy Silver, host of the Leap of Fate podcast. It airs on Next Up Nation, by OMH Agency.

How to Get More Amazing Guests on Your Show

As a busy podcast host, it can be difficult finding, screening, booking, and keeping up with all the follow up to take care of your guests. Get a Free Demo on how we do it all – plus get this Guest Attraction Resources guide with a handy list of websites and groups to post your guesting opportunities.