The Grind Makes Your Dreams Come Alive: Stories from a Power Couple 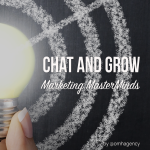 It was fun to sit down with the owners of one of our favorite team gathering places: City Vineyard. They have a very hot, new location in Billings, Montana, are quickly expanding now to Bozeman, and poised for further expansion.

Get a glimpse into their journey as they share some very helpful information – not only about their growth with City Vineyard, but insights and things they learned from their background.

Abigail Reno was born and raised in Billings, MT and graduated from the University of Montana School of Business in 2005 with a degree in Business Administration. After graduation she accepted a position with Nordstrom in San Francisco, CA. Reno returned to Billings in 2006 to oversee retail operations and strategy for City Brew Coffee, opening 15 locations through 2016. Reno now owns her own business, City Vineyard Wine, and continues to consult for City Brew Coffee.During her tenure with City Brew, Reno was responsible for over 400 employees. In addition to directing operations, Reno developed key technology integration, marketing, and growth strategy initiatives and oversaw their execution.

Ryan grew up in Billings as well, and got his undergrad at Gonzaga in Spokane, Washington. He then went to law school at U of Montana in Missoula and went on to spend 11 years as a Deputy County Attorney. When the opportunity presented itself, he jumped at the opportunity to get involved in with his wife and family’s business. He and his wife Abby are co-owners of City Vineyard and wears many hats. He helps with human resources, leasing, all the technology aspects of the business, and is a hands on member of the company. He also handles more of the high end clients, and brings in hard to get wines to the store. He is responsible for keeping the wheels turning and the business growing.  They have also grown City Vineyard and has since moved it to its new, much larger, location on 32nd & Grand Avenue in Billings, MT.  The new layout focus on the growth of a gourmet market and wine bar while maintaining the extensive wine selection City Vineyard became known for.